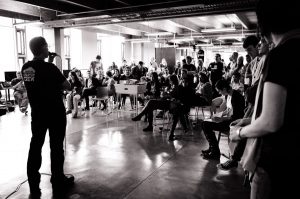 I was in a pitch meeting a few weeks ago where an early stage company CEO was going through his incredibly rehearsed and wonderful company pitch. Great slides, slick business concept, pretty team pictures, and more…

Lately it seems like the art of company pitching is quickly becoming a paint-by-numbers kind of thing. But like paint-by-numbers paintings… These pitches lately are not really anything resembling art.

At the conclusion of his pitch the CEO stopped talking and the room was silent. After a few moments to fill the void the CEO asked what I thought…

I said a lot a complimentary thing but then I told him this is not the kind of company I usually invest in. And by usually, I mean ever put even one dollar into. Harsh but honest. Don’t you hate investors that string you along with false hopes? I am not one of those investors.

His response was to tell me investors were piling in and that if I don’t move fast, I might miss the opportunity. I told him that was okay with me…

He asked what I look for in early stage companies and I told him I like three things: 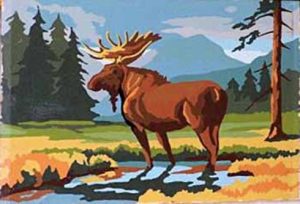 Paint-by-numbers… Is it art?

1) A clearly and indisputably protectable product or service – I look for some type of Intellectual Property or other “moat” to keep competitors away and boost valuation.

2) I like to see measurable traction – By this I mean some revenues or signed contracts. Money coming in the door, even if it does not meet expenses, indicates that people will pay for the product or service.

3) I like to see big gross margins – Gross margin is the difference between revenue and cost of goods/services sold divided by revenue. Gross margin is expressed as a percentage. Generally, it is calculated as the selling price of an item less the cost of goods sold. This is what’s left over to run the company after the raw cost to supply the service/product to customers.

This guy’s early stage company had been around for almost a year and he had no Intellectual property or moat of any kind. There was little if any cash coming in the door. And… None of his slick PowerPoint slides could clearly show, with measurable proof, his gross margin. How would he actually make money?

This company pitch was not for me… I’m not sure who would invest in this company.

The CEO looked at me, paused, and with astonishment said, “You are really Old-School!” 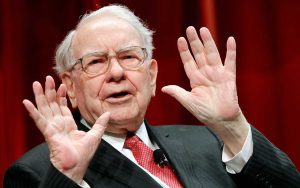 Ouch… I think that could have hurt me if I didn’t totally agree with him. Actually, I took it as a compliment since investors like Warren Buffett, Carl Icahn, or Barry Diller could probably be also called Old-School.

Before I invest in a company, I expect it to have a defendable position in the market, show some revenues, and be able to make money on those revenues.
Lately companies without these three essential elements have demanded valuations that are out of step with the realities of running a business. How can a company without these three things have any real value?

Sure… People invest in startups that may not have all three of these basic elements in place but then the company valuation is very low and investors are fairly compensated for taking huge risks. Without these risk-taking investors many startups would not see the light of day. But those early investors who jump in at the right valuation stand to win big if the business works.

Unfortunately, valuations have been very high lately for companies missing the whole concept of what a business should look like. And investors have been jumping in… This is the sad concept of “Dumb Money”… 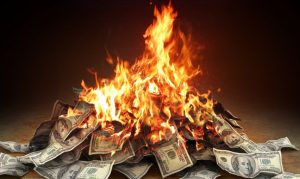 There is always a long line of these “Dumb Money” type investors. Usually people who have never actually operated a real startup but have some cash to burn and see the startup world as an exciting place to play. Las Vegas would give them better odds.

More on this and how to know if you are “Dumb Money” or a founder depending on these types of investors in a future article.
In the meantime I am comfortable wearing the “Old-School’ stamp on my head. I hate losing money.