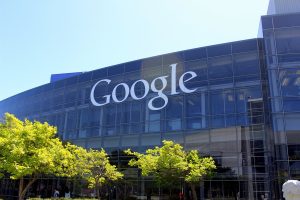 Today is Google’s ten year anniversary of being traded as a public company. In the last ten years Google’s stock price has skyrocketed 1,373% and there is probably more growth on the horizon for the company.

Well before the company went public Google’s internet search engine appeared on the scene. There were many deep-pocketed and well established competitors along with a handful of smaller players. The biggest was probably Microsoft with their web search tool and of course Yahoo! was out there too.

But as the number of web pages on the internet exploded and people needed a better way to find what they were looking for Google emerged as the search engine of choice. Recent numbers show Google with a global 69% market share when it comes to search.

Google started in March 1996 as a research project by two Stanford University students and has grown into a company with over 52,000 employees and annual revenues in the stratospheric $60 billion a year range. I won’t even get into how many millionaires and billionaires Google has generated.

What can today’s startups learn from Google?

1) Technology – You live and die by your technology. You need to start with the best technology that delights your users and keep innovating to keep it ahead of the competitive power curve. And continue to delight your users.

2) Fill a real need – Give your users/customers what they need even if they don’t know it yet. When Google started the problem was that the number of web pages out on the internet was expanding daily at an unprecedented pace and internet users needed a way to quickly find what they needed. Other search engines just could not seem to get to what people wanted. And… Their search pages both before and after the search were very cluttered. Google kept things clean, quick, relevant and accurate.

3) Make Money – Have a solid business model. In other words know how you will make money. You don’t need to have your full cash-generating business model in place on day one but you best have it in place soon.

If you are frozen by the thought that everything on the internet has been invented and that all the great opportunities are gone just think about what Facebook did to Myspace or what Google did to the dozens of search engines that beat them to market.