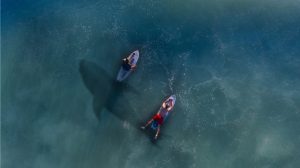 It’s no secret that I have been in this startup game for a long time… I started my first company about that same time Apple and Microsoft were still working out of garages. The scary part is going from the youngest person at the boardroom table to the oldest. I’ve seen a lot of companies come and go over the years. Even back in the 1980s we had a few companies that were considered the Unicorns of their day.

But now those former Unicorns are gone… What lessons can we all learn from these dead Unicorns to make sure we don’t unwittingly make the same mistakes and join them?

Your company might be just starting up and you feel like an indestructible eighteen-year-old out for an awesome summer day at the beach. Nothing could possibly hurt your company. But lurking just off shore a hungry thirty-foot white shark is looking for its next appetizer. You!
That’s right… You could go through the pain, suffering, and all-nighters of building your company, hit it big, real big! Then one day the phone stops ringing and your business is done. All that’s left to do is auction off the furniture and turn off the lights.

Maybe you think it can’t happen to you? 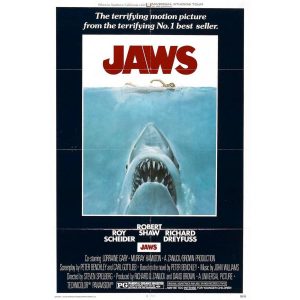 The former Unicorns I’m talking about didn’t have traction problems. These companies all had wonderful products/services with great teams, large customer bases, huge revenues, and healthy profits. They were truly the fittest eighteen-year-olds at the beach on that sunny day. They just missed the fierce eating machine lurking just off shore. Then bam!

If you are closer to eighteen than fifty years old these company names will probably not mean much to you but listen up… Their rise and ultimate shredding demonstrates a few important lessons that will save you from a similar fate.

Here’s the list of shark food companies from the past along with what happened to them. You just might see the pattern that put them on the shark’s dinner menu:

This is not the whole list but I think you get the idea. The mighty can turn into shark food with one wrong turn and get swallowed up when they least expect it.
Will you let this happen to your company? What can early stage companies do to try and put some shark repellant in the water?

When you look at this list dead Unicorns and the many other companies that have come and gone over the last few hundred years (think Pullman Train Cars, Montgomery Wards, and PanAm Airlines)  what seems to be the common lessons more relevant to today’s early stage companies survival.

There are five basic things early stage founders can do right now:

When an early stage company really feels like it’s making it you will feel like it’s a great day at the beach. But just remember… If you are not the Shark you are the food. Your days may be numbered.